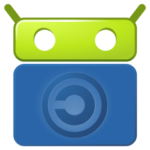 Furthermore it allows the user to do fine-graded installations using configuration files, which allow to choose what to install, or if several alternatives are available, which of them.

In order for full microG experience NanoDroid contains a modified Play Store which allows (in-)app-purchases with microG, which would normally not be possible. It also tries to remove all previously installed GApps on it’s own. For ROMs without builtin signature spoofing support NanoDroid includes an on-device Patcher which tries to patch your ROM from TWRP.